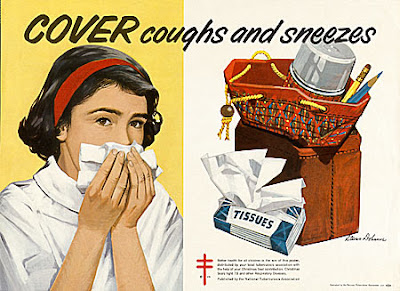 The inevitability of disease

7.0/10
Modern filmmaker Steven Soderbergh brings to us a new film about an epidemic that plagues the human race.  We have seen many movies like this before (Outbreak, Blindness) and most of them haven't been very good.  The reason many of these movies fail, is because in the end, they resort to some sort of chase thriller where our protagonists are trying to flee from infected rhesus monkeys. Contagion on the other hand sticks right to the basics and from beginning to end, it's mostly a laboratory procedural. Rather than relishing in action scenes or overwhelming devastation, Soderbergh takes pleasure in giving us every single detail and step that government and other organizations take in order to handle a disease epidemic. He even makes a purpose of side-stepping certain action beats by teasing at them, then cutting away to another scene.
This film has all of the usual Soderbergh traits: an enormous cast of equally important characters (Damon, Paltrow, Winslet, Fishburne, Law, Cotillard), a light tone that never gets too depressing, various scenes presented in different colours and a cool and unique score. Aside from the weird electronic score which helps give the film an unsettling "sick" feeling throughout, none of these traits are outstanding.  Due to the shared ensemble credit, none of the actors stand out above the rest.  There is no main character; without a central focus the audience has no one to latch on to. Although Damon's character has some of the stronger emotional beats, and Fishburne has a strong character arch. But perhaps this equality of roles was the director's way of showing how as humans, we are all equally fragile. As for his colour schemes, I never really understood them.  Like in Traffic, Out of Sight, The Informant and even in Ocean's Eleven, he incorporates numerous scenes that have been washed in blue/grey or yellow/white etc... I understand that he does it to differentiate between characters (since he has so many), but beyond that I see no use other than style for the sake of style. Which is fine I guess.
As for the content of the film, all of the story lines are juggled with ease.  They are easy to follow, but many of them don't tend to link thematically or through any logical transitions (other than being part of the same epidemic). The opening segment will make you stop eating your popcorn and reconsider how often you touch your face on average, and there is some nice closure to the film, but other than that, there's not much emotionally.  It's a fairly stagnant film. Most likely due to the focus on science.
Summary:  Contagion will make you feel uneasy thanks to the music and the plausibility of the whole scenario.  When I see people coughing now, I make a point of staying as far away as I can.  Soderbergh is a quality craftsman and this is definitely one of the higher caliber wide-release films out there right now.  But ultimately it's more informative than entertaining or horrific.  Like most of his work, it falls under the category of 'high-quality-averageness'. It is number 477 of the 1603 movies I've seen.
Posted by Peter Crouch at 8:15 AM